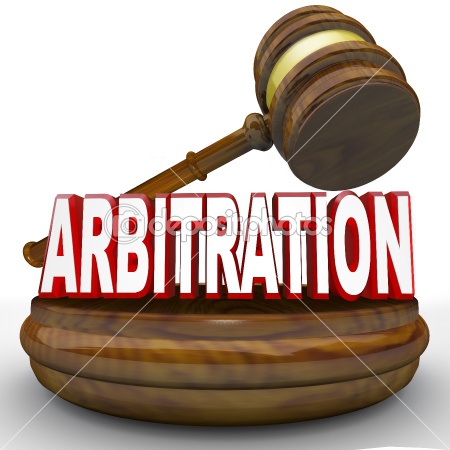 HAVING A GENERAL GLANCE TO ARBITRATION

December 28, 2016A-NewsComments Off on HAVING A GENERAL GLANCE TO ARBITRATION

This article will address the problems affiliated to the enforcements and powers of state courts, to set aside the awards resulting from delocalised arbitration and clarify how the delocalisation of arbitral awards might be appealing in certain regards, but that it also has the disadvantages that might be able to destroy the current system of international recognition and enforcement, in that it provides an immense amount of uncertainty.

A more important issue regarding the floating theory can be the question of whether the enforcement and recognition of a delocalised award is possible to execute, within or outside a certain country? In this regard, many states treat the enforcement of awards made within their sovereignties, in the same ways as national arbitral awards. The realm of delocalised arbitration is assumed internationally since its not being domestic refers to any national legal systems.

Accordingly, the delocalisation of the arbitral award confines the power of the local courts, due to enhancing the enforcement of an arbitral award. Hence, this approach prevents the refusal of the enforcement awards that have been set aside on local standards. Emphasising the importance of the place of arbitration, Art III of the New York Convention provides that each contracting state shall recognise arbitration awards as binding, in accordance with the rules of procedure.

Therefore, under the New York Convention, an award is applicable in a state that has implemented the convention. For example, the basis for the recognition of awards in the United States applies the convention to foreign awards, only if rendered in the region of another contracting state.

In this view, a court of a contracting state may reject the enforcement of an award, according to the bedrock of Art V of the Convention, such as the lack of valid arbitration, procedure contrary to the parties’ agreement, and annulment of the award. Accordingly, the floating delocalised award is indeed valid, where the mandatory rules do not conflict with arbitration principles.

In practice, if the parties intend to rely on non-national or non-legal considerations, the arbitral tribunal should follow their agreements. In this view, the autonomy of the parties provides permission to parties, through which they can select the procedural rules of a country different from the seat of arbitration. Since this option is admissible, this feasibility is primarily cited under Art V (1) (e) of the New York Convention, in which the award is not binding on the parties, or has been set aside by a competent authority of the country in which the award was made.

For instance, if the court at the place of arbitration declares that the award is not admissible, an annulment of the local court would not have any impact on the enforcement of the award in other jurisdictions. Additionally the New York Convention does not vividly clarify which law is meant, by the words: ‘the law of the country under the law of which [the award] was made. Considering this, there remains the question of whether this could be applicable to the governing law of the arbitration agreement, and the procedural law chosen by the parties. In this regard, the parties are entitled to opt for the procedural rules, which are detached from the laws of the site of arbitration. With regards to another possibility, the law is applicable to the arbitration agreement.

Opponents of an International Court of Arbitral Awards, expressly state that the delocalised approach is quite a figment, in which it would replace municipal courts in resolving the disputes; therefore, they argue that although this approach is proper, it is far from the truth. One of the commentators of the idea of a floating award, argues that the domestic courts basically assist the losing party’s attempt to prevail over the arbitrator’s decision, on merits. This would mean that the delocalisation sphere deprives the court’s avail in the arbitral tribunals.