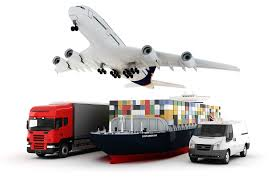 November 22, 2014A-NewsComments Off on TRANSIT TRANSPORT, IRAN AND ITS NEIGHBOURING COUNTRIES

More policies will be rolled out soon to encourage Chinese lenders to finance infrastructure in countries along the route connecting China to Europe, the officials said. They asked not to be identified as they weren’t authorized to speak publicly about the plans. Chinese companies will also be urged to invest in the countries and bid for contracts, the officials said.

The New Silk Road plan, comprising a land-based belt and a maritime route, has been referred to as a Chinese national strategy after Xi first proposed the idea in Kazakhstan a year ago. It envisions an economic cooperation bloc through to the Mediterranean that revives the old Silk Road, where trade helped developed civilizations along the route.

“Previously, China focused on attracting foreign investment, but now the shift is being made — China’s more and more encouraging its capital to go abroad,” said Feng Yujun, senior researcher at the China Institutes of Contemporary International Relations in Beijing.

Businessweek.com on November 6, 2014 adds that:

In the latest sign of its growing economic ties with the region, China is planning a $16.3 billion fund to finance railways, roads, and pipelines across Central Asia, reviving the centuries-old Silk Road trade route between China and Europe. President Xi Jinping first proposed the idea last year during a visit to Kazakhstan, the region’s wealthiest country.

Beijing has plenty of reasons to spend big in Central Asia. Improved infrastructure would help link China to European markets and give China increased access to the region’s rich natural resources. Kazakhstan is a major oil producer, while neighboring Kyrgyzstan has large mineral deposits and Turkmenistan produces natural gas.

In this N&A we will discuss the following issues:

1. Why China is initiating the New Silk Road plan?

2. Is there any link between the New Silk Road plan and the Bolashak – Serhetyaka Railway?

3. What is the role of the Bafq-Mashad railway in this regional plan?

4. How does TRACECA fit into this plan?