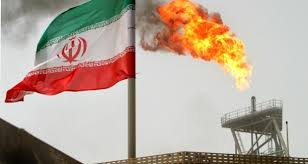 He said the roadmap should include an independent arbitration and supervisory body as an indispensable component for settlement of disputes in oil industry contracts.

Javadi noted that the tasks of the arbitration body should be defined clearly, adding oil industry should help the upgrading of contractual frameworks in the country through drafting a roadmap with an unbiased supervisory body at its core.

As usual, we try to delve into the idea of establishing a special Petroleum Disputes Arbitration Center (PDAC) by responding to few relevant questions:

1) Do we need a special arbitration center for oil and gas disputes?

2) What would be the best structure for a special arbitration center for oil and gas disputes?

3) Would it be necessary for the Parliament of Iran (the Majlis) to approve the Articles of Association of the PDAC?

4) Is it advisable to establish the PDAC as an independent affiliate of the Ministry of Petroleum?

5) What would be the positive and negative impacts of authorizing the PDAC to handle both domestic and international arbitration cases?

6) What are the similarities and differences between the PDAC and the Energy Arbitration Court (EAVB) of Hungary?

7) What is the level of arbitrability of oil and gas disputes?

After responding to the above questions, we will return to the interview of Mr. Javadi to explain that the idea of establishing a special arbitration center for petroleum disputes is a very positive initiative. That is why it must be studied and applied carefully.