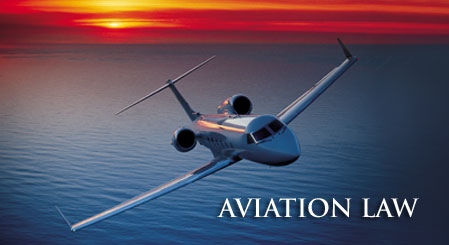 June 22, 2017A-NewsComments Off on Aviation Case Study in the Iranian Court

In the case Mr. X vs. Aviation Company (Tehran Branch office) in 2014, the Plaintiff in his petition to the First Instance Court of Iran claimed the amount of … (confidential) as compensation for his luggage loss in 2007 alleging to be due to the Defendant’s negligence.

Mr. X alleged his claim before the Iranian court in 2014 after 7 years of the luggage loss. The limitation period of two (2) years for filing a claim in accordance with Article 29 of the Warsaw Convention was elapsed. In this respect, the plaintiffs’ attorney explained in accordance with the Guardian Counsil’s opinion, the limitation period is not considered in civil matters.

In response, ILO defended that the aforesaid opinion is related to the civil issues and the commercial matters are out of scope of this opinion.

However, later the Iranian court admitted the defence of the plaintiff’s attorneys and entered into the merits of the case.

In the first court hearing session, the honorable judge asked the plaintiff to clarify why the cargoes were not insured in advance as in the Warsaw Convention and the amended Hague Protocol there is a specific section (Articles 5-16) for consignment. In response, he explained that the insurance policy was expensive for him and that was the first time he was involved in such a business.

By virtue of the provision of Civil Procedure Code of Iran which entitles the Plaintiff to change the relief sought under some conditions before the end of first hearing session, the Plaintiff changed the relief sought to claiming the Specific Performance of the Defendant’s contractual obligations (i.e. to deliver cargoes) with in addition to the proceeding costs and expenses.

During the First Instance proceeding, the Defendant’s attorney essentially argued that the mentioned relief sought is not presumed in the Warsaw Convention and the amended Hague Protocol as the Convention covers certain issues of private air law in the scope of air carrier’s liability; accordingly due to this exclusivity and this lacuna of the Convention, this claim shall be governed by the Civil Code of Iran.

In May 2014, the judgment of First Instance Court was issued and notified in favor of Aviation Company by not accepting the Plaintiff’s attorneys aforesaid claim, and then the Plaintiff filed an objection to the judgment.

Eventually after 3 years, in 2016, the judgment was also upheld by the Appeal Court of Tehran again in favor the Aviation Company which such judgment would be definite and final.