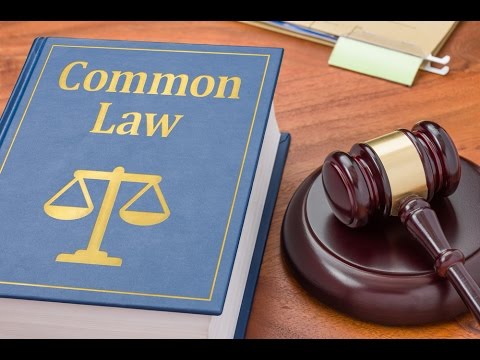 October 21, 2021A-NewsComments Off on ARGUMENTS IN SUPPORT OF AND ARGUMENTS AGAINST THE RULE OF PRECEDENT IN THE COMMON LAW

1.1. We are writing this topic based on the assumption that it is a website material and is not supposed to be academic research. The main question, in this writing, is whether or not a precedent, in common law, is authoritative.

1.3. The procedure of applying the rule of precedent in common law is mainly known as analogical reasoning. Although this is an important topic in understanding the methodology of the common law, it requires a separate study.

1.4. Please note that rule of precedent, precedential constraint, the authoritative feature of the precedent, and the doctrine of Stare Decisis are used as interchangeable synonyms in this website material. Some potential theoretical differences between these terms are not taken into consideration and are ignored.

2.1. Historically, the common law is a legal system which is expanded and developed from its basic early stages into its complex status quo; as opposed to a civil legal system which is laid down. So, the past tradition is extremely important and vital to the existence and further development of the common law.[1] What are the characteristics of common law? various writers may answer differently. But most of the writers agree that common law is casuistic. In civil law the foundation is a text and in common law the foundation is a case.[2]

There are many different reasons underpinning the importance and necessity of the precedential constraint in the common law legal system. For instance, Schauer mentions fairness, predictability, strengthened decision-making, and stability and Burke refers to the continuity of the commonwealth of a society from one generation to another. Reference could also be made to some jurisprudence. In Harrison v. Carswell, Dickson believed in following the Peters precedent. He mentioned that it is better to let the legislature decide about social issues. Below, we review some of these ideas.

3.1.1. Frederick Schauer, in his article published in Stanford law review, analyzed the precedent and the four foundations for its authoritative feature. Fairness, predictability, strengthened decision-making, and stability are the arguments Schauer raises in support of the rule of precedent. These are the perfect lines of reasoning proving the necessity of the rule of precedent for common law.

3.1.2. Schauer enumerates some foundations for the authoritative feature of precedent, or as he calls it the precedential constraint: A. Fairness or justice (treating like cases alike). so consistency in decision-making is a requirement of justice. Schauer calls consistency among individuals at the same time as equality and consistency among decisions made over time as precedent. The idea of fairness as consistency forms a large number of moral philosophies. B. Predictability. applying the rule of precedent, parties will be better able to anticipate the future. This feature helps us plan our lives ahead of time. C. Strengthened Decision-making. Schauer explains that a decision-maker who relies on a precedent is relieved from the responsibility to look for a proper solution to the case. D. Stability. When we follow a precedent, we are keeping and following an irreducible core of justification.[4]

3.2. Burke’s Commonwealth of a Society

3.2.1. We can use Burke’s approach to common law and to judicial decisions as another reason endorsing the rule of precedent. Burke states that judicial decisions and the basis for such decisions are the commonwealth of a nation. Ignoring this heritage could break the society from legal point of view.

3.2.2. Burke defends the idea of precedent, or more precisely that of tradition. He is writing at the time of the French Revolution. He criticized the democratic forces as he believed that they tend to unwisely destroy the heritage of the past, the heritage which is the reason of the people’s prosperity. The democratic forces, according to Burke, break the continuity of their commonwealth. Doing so, these people destroy the foundations of their society and the next generation will inherit a ruin. Consequently, “[n]o one generation could link with the other”.[5]

There have been some objections to the rule of precedent in the history of the common law. There are jurists who raised the possibility of the judge’s mistake as basis for non-obligatory nature of previous judicial decisions. Some other believed that a judge cannot make law. Additionally, there are thinkers who believe that judicial decisions should be made not by looking at the past, but by focusing on the current and future needs. Below, we have analyzed these ideas.

4.1.1. Hobbes, in his Leviathan, believes that laws need to be interpreted. He continues that judges may make errors in interpreting laws. So, if there is a chance in the future, such errors should be modified. He states that “[n]o man’s error becomes his own law”. So, according to Hobbes, it is not important how consistently a law has been interpreted in a particular way in the past. What is important is the truth. So, a consistent wrong interpretation, should be modified according to the truth. The potential authoritative of a precedent shall not be a hindrance in this regard. Accordingly, Hobbes concludes that “though the sentence of the judge, … yet it is no law to any judge, that shall succeed him in that office”. So, no rule of precedent shall exist in law based on Hobbes.[7]

4.1.2. The fact that the judge might mistake the law, as referred to by Hobbes, was the reason some other thinkers referred to as well in denying the authoritative feature of the precedent. Reference, in this regard, could be made to Mathew Hale, Vaughn, CJ (for example in Bole v Horton), Blackstone, and Hedley.[8]

4.2.1. Sir Mathew Hale, in the 17th century, introduced the declaratory theory of the common law. Sir William Blackstone, in the 18th century, and Lord Esher, in the 19th century, followed the doctrine. According to this doctrine, a judge is not a lawmaker. Instead, the judge has an important role and authority in declaring and publishing the law. The above-mentioned role may be better performed when the current decision conforms with the previous judicial decisions. So, such judicial decisions, the former and the current ones, become the evidence of the law.[9]

4.3.1. Oliver W. Holmes is against the rule of precedent. He has a famous remark stating that “[i]t is revolting to have no better reason for a rule of law than that so it was laid down in the time of Henry IV”. Holmes believes that the basis of precedent is tradition. According to Holmes, the fact that law had a certain content does not mean, even as a weak inference, that it has to be followed the same way. Holmes continues that maybe the society decides to follow an old law, but not because it is an authoritative precedent. An old law may be followed, based on Holmes’s perspective, because of the law’s capability to adapt itself to the current societal needs.[10]

4.3.2. Holmes’s ideas were followed by many other thinkers. Roscoe Pound believed in the necessity of a collaboration between law and social sciences. Based on Pound’s philosophy, the law is a tool which shall be applied for fulfilling the identified goals.[11] Duncan Kennedy believes that judges in the United States may openly engage in policy reasoning when reviewing a question of law. According to him, lawyers should also learn how to make this argument in order to support their pleadings.[12] This type of reasoning is followed in Spartan Steel & Alloys Ltd v Martin & Co as well as The United State v. Carrol Towing Co.

5.1. We have reviewed some of the ideas in support of and against the authoritative feature of the rule of precedent.

5.2. Regarding the possibility of the judge’s mistake, the fact that judges are prone to making mistake in their decisions does not mean that any other lawmaking authority is not. Judges are well-trained elite lawyers whose chances of making a mistake might be far less than other ordinary lawyers or non-lawyers who may be appointed as the lawmaking authority in a given society.

5.5. So, based on all the above discussions, we can say that there are valid justifications supporting the normative feature of the precedent, and the arguments against that authoritative feature may not be valid.

[3] The Philosophy of the Common Law, Gerald J. Postema.

[12] Duncan Kennedy, A critique of Adjudication.