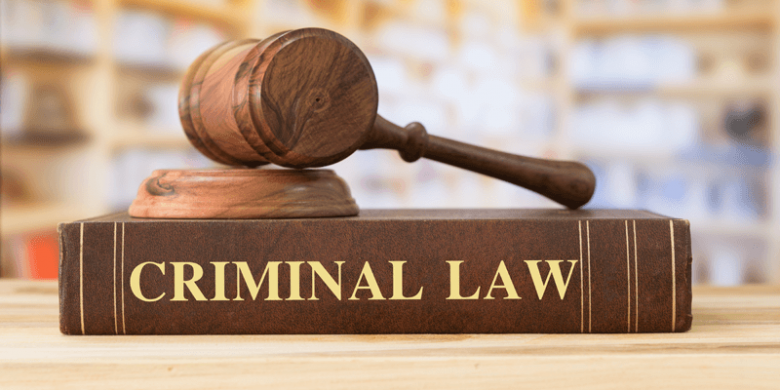 August 27, 2020A-NewsComments Off on THE GENERAL GLANCE ON ARTICLE 477 OF THE CRIMINAL PROCEDURE CODE OF IRAN

The legislature for the purpose of adjudication of each parties and the possibility of reviewing new evidences or the specific circumstances arising in the legal and criminal cases through extraordinary means predicts the required proceedings to appeal the finalized judgments, which is retrial in civil and criminal matters on the one hand and on the other hand the application of Article 477 of the Criminal Procedure Code can be remarked. Therefore, in this article, we will examine the conditions for the application of Article 477 of the aforesaid code.

REASONS FOR APPROVING ARTICLE 477 OF THE CRIMINAL PROCEDURE CODE

It is noteworthy that one of the main concerns of the “Sharia” rulers is to prevent the issuance of precarious, conflicting, sequential verdicts and any reason that would cause the trial to be prolonged. Accordingly, based on Article 477, the Head of the Judiciary, as a chief justice and the highest overseer of the application of the rules and finalized judgments, is provided in this law to prevent the execution of judgment that have been declared against the explicit wording of the “Sharia”. And by performing special/legal formalities, it is possible to accept the objection even after the court orders are final. However, other officials, including the Chief Justice of the Supreme Court, the Public Prosecutor, and the Head of the Judiciary of the Armed Forces, may, after receiving such judgments, refer the matter to the Head of the Judiciary for the application of Article 477. These officials will report directly to the Head of the Judiciary after being confronted with the above said allegations. But lower-ranking authorities are also able to announce the verdicts that are against the explicit wording of the “Sharia” by reporting them indirectly to the Head of the Judiciary. These persons are the heads of the jurisdiction or the relevant prosecutor and other judicial authorities, as the judge executing or issuing of the judgment, is engaged in judging, are capable to report the issued verdicts as well which are in conflict with the explicit wording of the “Sharia”.

In fact, the Chief Justice of each province is competent in receiving the relevant requests regarding the verdicts contrary to the “Sharia” after taking the relevant requisition from the applicant or receiving a report from the judicial authorities involved in the alleged judgment, the Chief Justice of the province will refer the report or request to two experienced judges within two-month-time grace in a well-reasoned and documented manner. In case the order is found to be against of the “Sharia”, it will be reported to the office of the Head of Judiciary and if the judgment is not considered contrary to the “Sharia”, it will be reflected and archived in a description in the supervisory file. However, after the report is approved by the Chief Justice and the case is received, the advisors and judges of the Office of the Head of Judiciary will review it again (i.e. retrial) and after the approval of the case counsel, the previous judgment will be sustained until the final result of the previous verdict is ordered.

Upon referral of the case to a special branch, the Chief Justice of the Supreme Court, will issue an order for further investigation under the supervision of the Head of the Judiciary, while annulling the previous judgment, they will scrutinize the application in the form of both procedural and substantial for the sake of issuance of the final judgment by considering the notion of Article 477.

DRAWBACKS OF THE APPROVAL

First, according to the governing principles and regulations, all proceedings are subject to the mandatory statute (i.e. Criminal and Civil Procedure Codes). It is worth mentioning that based on Article 477, the delegated powers to the competent authority/ies is quite resembling to the reviewing authority as the right to interfere in procedural and substantial matters has been completely assigned to the mentioned authority, which is in contrary to the principle of impartial investigation and the mandatory statute.

Secondly, delegating such a wide discretion to such the Supreme judicial authority as the Supreme Court (court of cassation), and the right to intervene and decide on minor matters in the nature of any case is outside of the dignity and position of that supreme judicial authority and degrades the esteemed judges of the Supreme Court. Notwithstanding they will be in the position of guidance and supervisory of the courts of first instance due to their valuable background and worthy experiences, not to be reduced to the level of a research authority.

Thirdly, Article 477 does not provide any deadline for objecting the final judgements that are contrary to the “Sharia”, which could lead to corrupt consequences (i.e. adverse effect) in a way that according to this approval, many of the previous verdicts that have been implemented can also be again analyzed.

Fourthly, in this approval, only verdicts that are contrary to the “Sharia” not the law is examined, in a situation where most events occur due to non-observance of procedural and substantive laws and regulations.

To sum up, the crucial point in the judiciary is the independency of the courts in issuing the judgments as well as rendering demonstrations/arguments based on the relevant laws and regulations, which manifestly shows the value and credibility of each country’s judiciary system so if the honorable judge assumes that several judges will intervene during the case and despite the large volume of cases, the judge’s reasoning power will inevitably decrease and concentration will lose the need to trust numerous other judges at various stages which will lead to the non-administration of justice. Howsoever, it is believed that instead of applying Article 477, the mandatory statute of the retrial will be applied and the directions contained in its various clauses will be used judicially to gain public trust and implement justice.