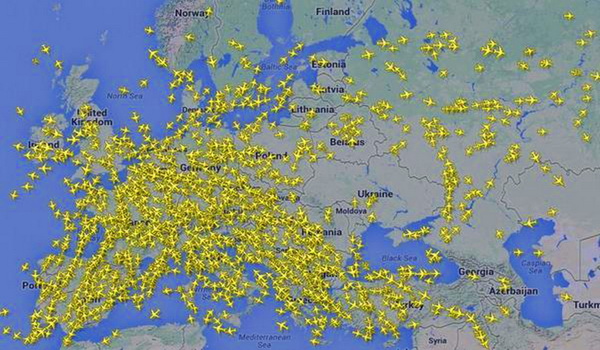 Following the International Civil Aviation Organization (ICAO)’s request, Iran declared readiness to admit passing flights which intend to change their route and use Iran’s aerial space, the official underlined. He added that all Malaysian airplanes set off from Amsterdam for south-east Asia have changed route and cross Iran’s airspace instead of the eastern Ukraine’s airspace.
And the result of the above change of route as reported by m.trend.az:
Number of international transit flights over Iran’s air zone has increased by 10.3 percent during the one-month period (June 21- July 22), compared to the same month of 2013.
According to another report, the income of Iran through transit flights over Iran‟s air zone amounts to eight million American Dollars per month. The number of the airplanes that pass through the Iranian air zone is equal to 500-550 per month, according to newholidays.ir.