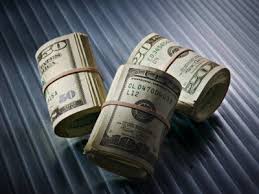 December 22, 2014A-NewsComments Off on FINANCIAL CHANNELS AND INTERNATIONAL SANCTIONS

“We agreed to receive our money in the form of goods and finance,” the official explained, Iran’s Mizan News Agency reported on Dec. 16.

“The country has no debt to us anymore, except for the goods,” he said.

“Bank of Industry and Mine, Parsian, and Pasargad banks are currently working in this regard,” the official explained.

In November 2013, Iran announced that about $30 billion of its oil revenues have been blocked by Chinese banks due to the sanctions imposed on Tehran’s banking system.

The two countries agreed over Chinese companies’ financing of Iranian projects as an approach to return the blocked assets.

Another piece of information concerning the financial channels used by Iran is reported by The Economic Times on November 5, 2014:

India today paid Iran USD 500 million to clear a part of its past dues for crude oil it buys from the Persian Gulf nation.

The payment made today was in addition to USD 400 million India paid on October 21, industry sources said.

Since February 2013, when the US blocked payment channels to Iran for its nuclear programme, India has been paying 45 per cent of its Iran oil bill in rupees through a UCO Bank branch in Kolkata. For the remainder, it had been waiting for a way to make the payment…

Rupee payments equivalent to USD 500 million was deposited by Indian refiners in the UCO Bank account, which will now be transferred to the Reserve Bank of India for onward credit to the central bank of the United Arab Emirates, which will make payments in dirhams to Iran.

Since July 2011, India had been paying in euros for 55 per cent of its purchases of Iranian oil through Ankara-based Halkbank. The remaining 45 per cent was remitted in rupees through UCO Bank.

In this News & Analysis report we will look into the following two issues:

1) How the UCO and the central banks of India, UAE and Iran collaborate in channeling payments to Iran?

2) What are the advantages and disadvantages of debt reimbursement arrangement made with Chinese banks for financing of projects in Iran?Financial Channels and International Sanctions, 18th Bi-Weekly N & A (December 22, 2014)